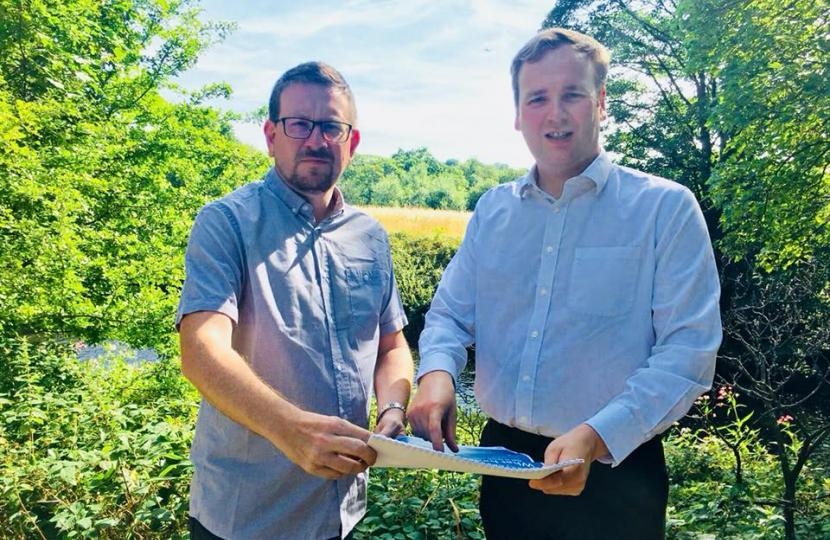 This petition, to be presented jointly by Andrew Gwynne MP (Denton & Reddish) & William Wragg MP (Hazel Grove), opposes expansion of the Bredbury Parkway Industrial Estate into the Tame Valley, which is comprised of Greenbelt land.

The Greater Manchester Spatial Framework is a policy of the Greater Manchester Combined Authority that determines where housing development can take place. It has the potential to see areas of Greenbelt developed for housing. William believes that although we need more housing this should happen by developing existing brownfield sites, which are sites that have previously been used for commercial or industrial purposes, but are now vacant. Stockport has so many of these sites which have not yet been developed for housing.

​Our local roads and infrastructure already struggle with existing demands. These proposals will only make matters worse.

​Instead the GMSF wishes to build on protected Greenbelt land, which William has long opposed.

You can see which areas near you have been suggested for potential development and have your say on these proposals by visiting www.mappinggm.org.uk