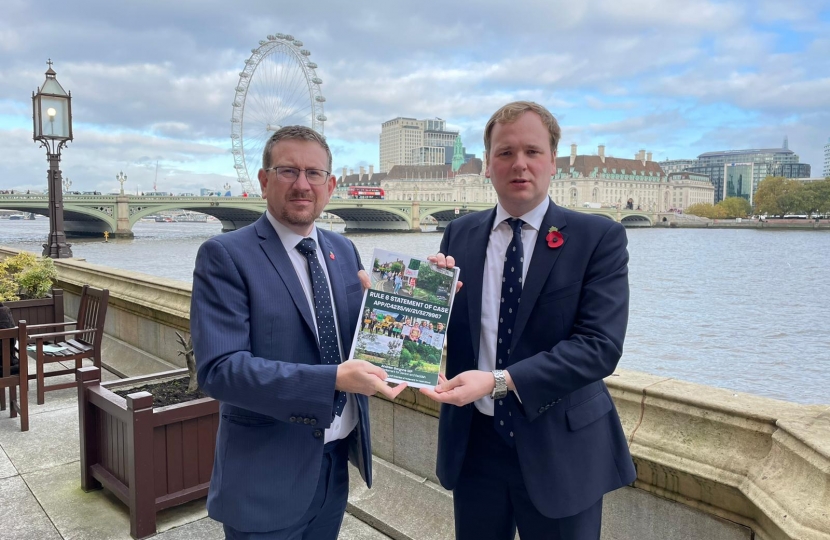 Andrew Gwynne (MP for Denton and Reddish), and William Wragg (MP for Hazel Grove) have joined forces to fight the proposed expansion of the Bredbury Industrial Estate deep into the Tame Valley.

The Bredbury Gateway expansion was rejected earlier this year by Stockport Council, after it was found that the development would have been ‘inappropriate’ and would cause a ‘permanent loss of openness’ to the Valley. In response Quorum, the developer of the proposed scheme, appealed to the Planning Inspectorate, who will hear the appeal next year in February.

Gwynne has now been accepted as a formal Rule 6 Party in the appeal, and will be given the opportunity to submit evidence and cross-examine witnesses. Gwynne’s Rule 6 statement has been strongly supported by Wragg, and the two have pledged to work cross-party to fight against the appeal.

Andrew Gwynne said:  “I’m really pleased to have been accepted as a Rule 6 Party and am looking forward to making the case against this extremely damaging application.

The proposed expansion would destroy the ambience of the Tame Valley and have an extremely detrimental impact on air quality and traffic.

I’m very pleased to be working on a cross-party basis with William Wragg. This is not a party-political issue, William and I strongly believe that this development would have a huge negative impact on our constituencies, and will do our utmost to fight against it.

“It is my pleasure to endorse Andrew’s rule 6 statement of case, and I am pleased that by our close collaboration on this scheme, we will have an opportunity to present our campaign directly with the planning inspector.  The proposed Bredbury Industrial estate expansion would be disastrous for the communities we are proud to represent in Parliament. Andrew and I will continue to campaign against the proposal.

This is an unprecedented and large-scale proposal, and would have grave ecological, health and welfare consequences. It must be rejected. As established in our joint declaration, we consider that the ecological, increased congestion and the economic case for this application is flawed entirely. ”

You can read the joint declaration here.