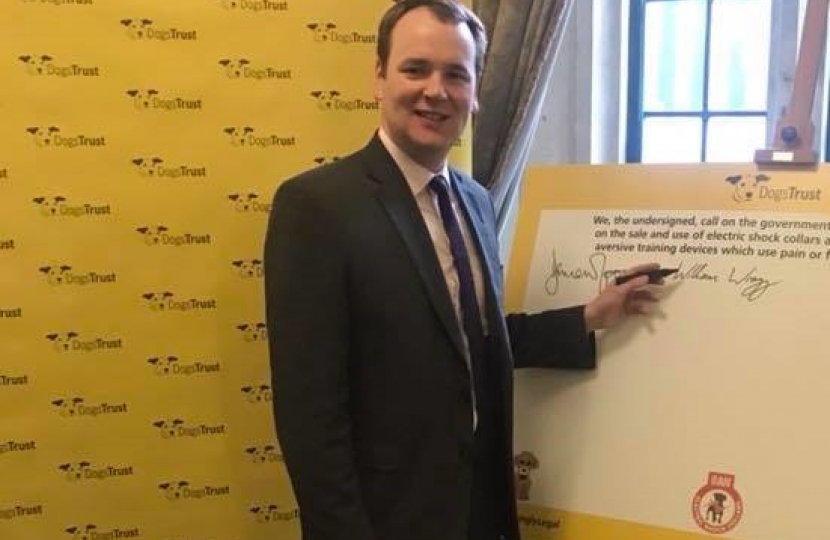 Last month I was very proud to support the Dog’s Trust calling for a ban on the use of electric shock collars for pet training in England.

I am delighted to announce that the Environment Secretary, Michael Gove, has since confirmed that this cruel method of training pets will be banned.

I would like to echo the Environment Secretary in his words:

“We are a nation of animal lovers, and the use of these punitive devices can cause harm and suffering, whether intentionally or unintentionally, to our pets. We are now proposing to ban the use of electric shock collars to improve the welfare of animals.”

Earlier this year the Dog's Trust published a report based on scientific findings that recommended dog owners focus on a rewards-based approach - as opposed to punishment - during training.

These devices are already illegal in Wales and Scotland has also taken action against cruel training methods. I am proud that this Government has taken yet another tough stance against animal cruelty in England, as the United Kingdom continues to lead the world movement towards improved treatment of animals.