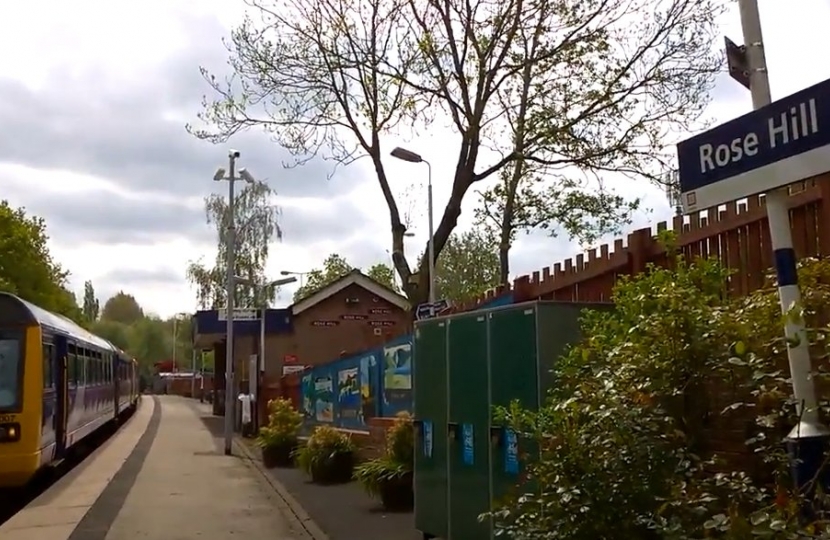 William Wragg, our local Member of Parliament, has secured concessions from Northern Rail which means that services from Rose Hill-Manchester Piccadilly will not completely grind to a halt on Monday.

Last week, William presented a petition signed by thousands of concerned local residents to Northern Rail, and today hosted a debate in the House of Commons about this vital service. William successfully lobbied the Rail Minister with his concerns over the plans, and as a result, the Minister has intervened and instructed Northern to

1.           A return service in the morning, which will be useful for commuters and students. This is followed by a service from Rose Hill to Manchester Piccadilly at the end of the school day.

2.           From 26th October 2020, a 90 minute interval service on the Rose Hill-Manchester Piccadilly via the Hyde Loop will be reintroduced. This service will hopefully be introduced with new rolling stock funded by the UK Government.

3.           A firm, formal commitment that a twice hourly service from Rose Hill-Manchester Piccadilly will return in full, and this can be brought forward before December depending on driver training and availability.

William said: “I am pleased that I have been able to secure these concessions from Northern. Whilst it is a compromise, working hard with local residents and fellow Members of Parliament, I will keep my promise to fight for the Rose Hill line.”

William added: “Thank you to the thousands of local residents who signed my petition. I’m pleased that their voices have been heard loud and clear.”