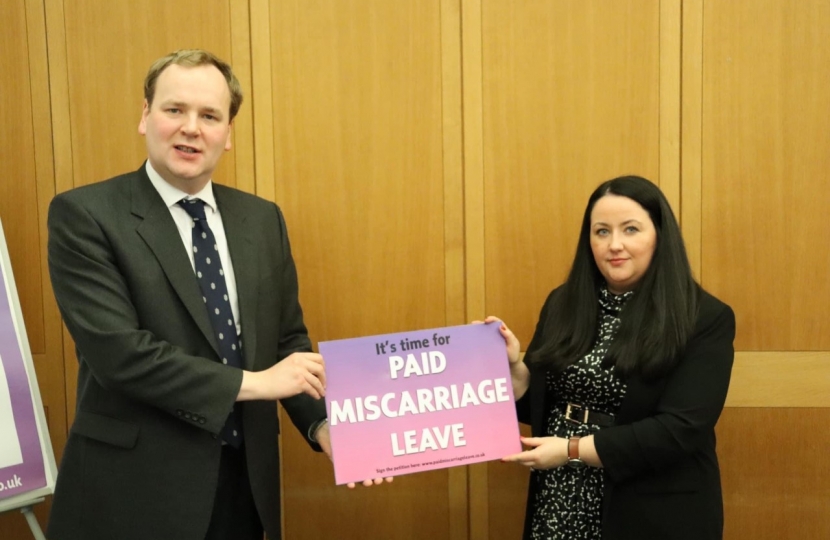 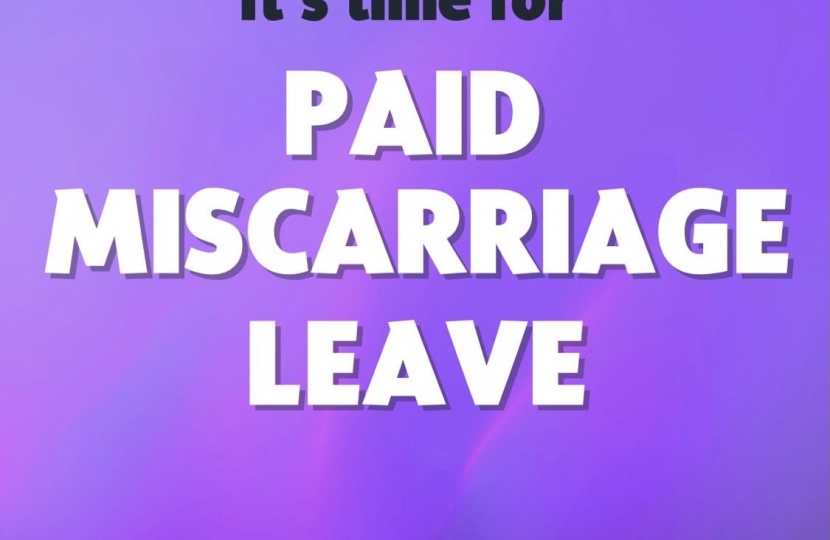 William Wragg MP, Member of Parliament for the Hazel Grove constituency, has added their support to the campaign to introduce paid leave for families who experience a miscarriage before 24 weeks.

One in four pregnancies end in miscarriage, however, under current legislation, workers are only entitled to paid bereavement leave following a stillbirth after 24 weeks of pregnancy. As a result, families across the country are forced to rely on their employer’s good will or sick leave to allow them to grieve their loss.

Next month, a private members’ bill introduced by Lanark and Hamilton East MP Angela Crawley which would see three days of paid leave for parents who experience a miscarriage before 24 weeks will receive its second reading in the House of Commons. A petition has been launched calling for the UK Government to support the campaign and MPs from all parties have backed the bill.

Many parents have spoken of the stigma associated with miscarriage and this bill would finally close gap in support. Some companies have already gone further than the bill proposes and offer paid leave for between seven and 14 days for people who experience a miscarriage at any stage of the pregnancy. Other countries, including New Zealand, have written similar provisions into law and in September Australia became the latest country to adopt paid miscarriage leave.

“I know many parents in our area have experienced miscarriage and too many of them have to rely on their employer’s good will or take sick leave when it happens.

“Miscarriage is no one’s fault yet the stigma associated can often put parents in a position where they are unable to properly grieve their loss.

“Countries like Australia and New Zealand have already taken the progressive step to ensure all parents affected by miscarriage are entitled to paid leave.

“It is time that the UK followed in their footsteps and I will be supporting this bill to provide the support grieving parents need and finally end the stigma associated with miscarriage.”