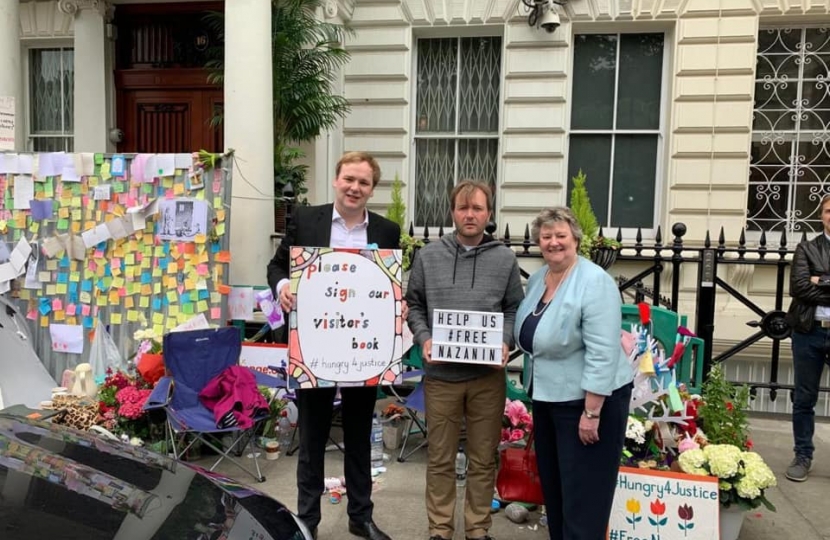 This morning I visited Richard Ratcliffe outside the Iranian embassy. He is currently on hunger strike in protest at the ongoing detention of his wife, Nazanin Zaghari-Ratcliffe, in Iran.

It was a humbling experience. Mr Ratcliffe deserves all of our support for his brave actions.

All diplomatic routes must continue to be followed, with care, tact and firmness, so that Nazanin can be released and reunited with her family."