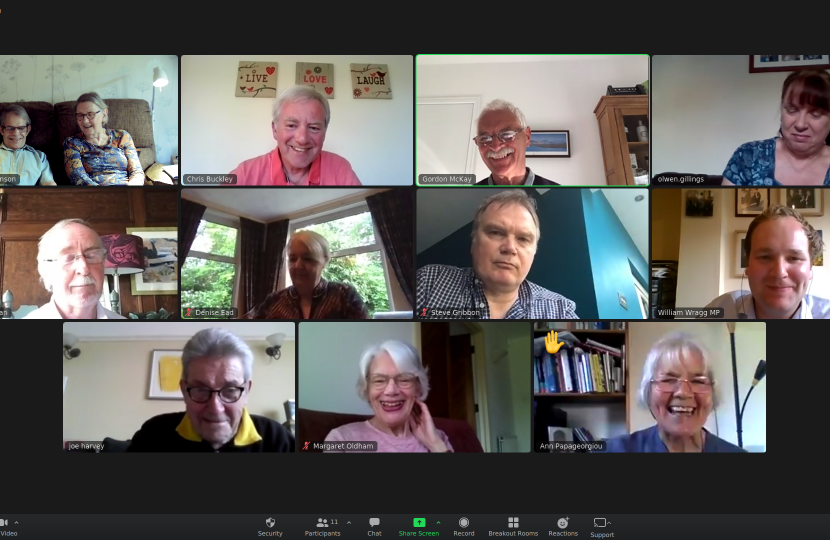 William met with the Marple, Mellor and Marple Bridge, Energy Saving Strategy group to discuss the UK's commitments at the CoP26 Climate Conference in Glasgow

This year, the United Kingdom and Italy are hosting the 2021 United Nations Climate Change Conference in Glasgow. MESS are a local community group, established in 2010 to raise local awareness of climate change and its effect locally, nationally and internationally. Since being elected in 2015, William has met with the group a number of times and is committed to continuing this in the future.

William said: "It was a pleasure to meet once again with friends at the MESS group, where I was quizzed on Government policy on all things relating to the environment. Tackling climate change is at the forefront of the UK Governments agenda, especially in this year of CoP26 being hosted by the UK in Glasgow. But also, it is an area that we can work on locally, as MESS have done for over a decade. I was tasked to find out some more information on many aspects of the government's green policies, and I look forward to reporting back to the group shortly."