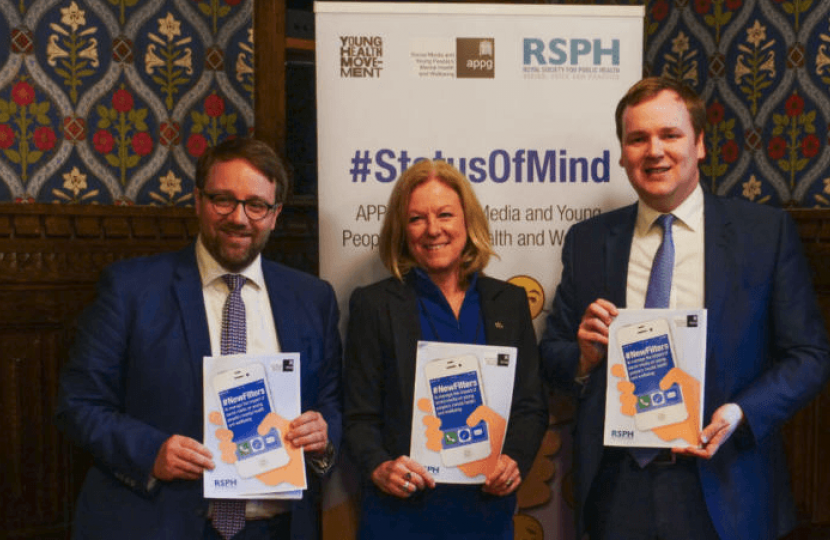 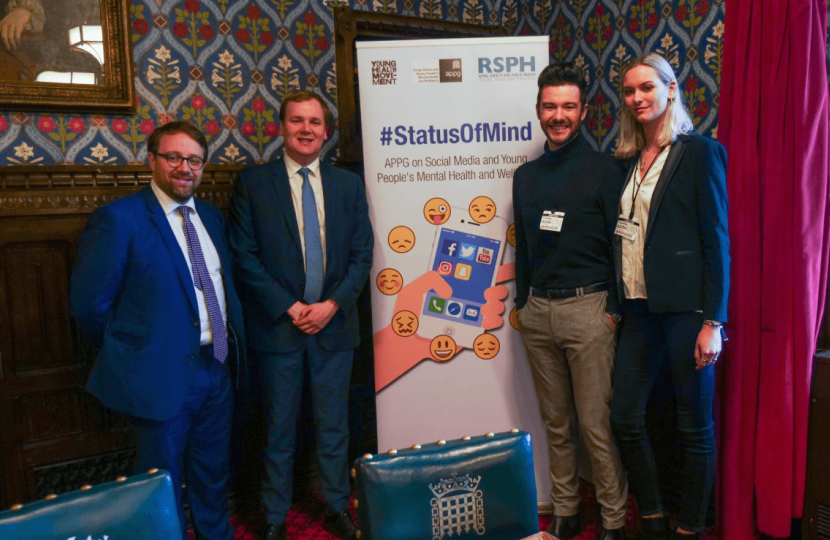 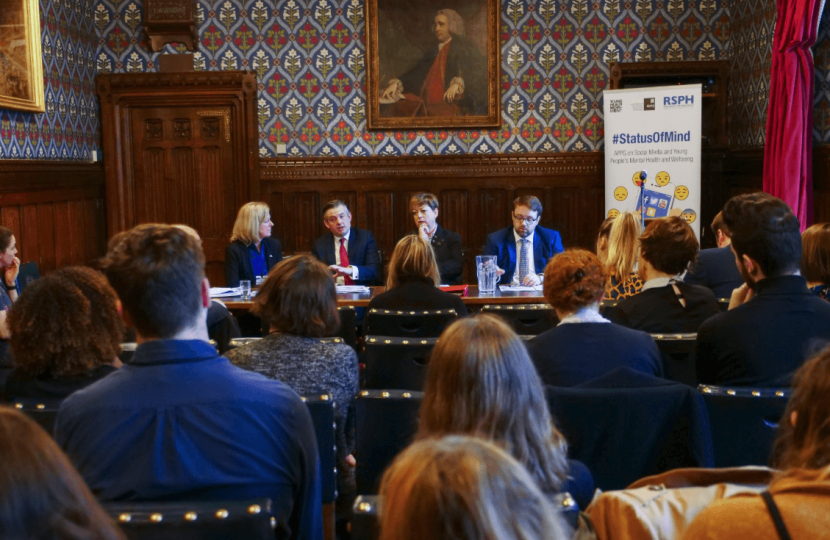 Last week in Parliament William Wragg MP hosted the launch of the #NewFilters report by the All-Party Parliamentary Group (APPG) on Social Media and Young People’s Mental Health and Wellbeing.

The APPG, which William Co-Chairs, has been running an inquiry from April 2018 to January 2019 into how to manage the impact of social media on young people’s mental health and wellbeing, supported by the Royal Society of Public Health.

This is the first national Inquiry specifically examining the impact of social media on the mental health and wellbeing of young people. The report titled “New Filters” explores the positive and negative health impacts of social media, as well as putting forward recommendations to protect young social media users from potential health harms.

The APPG report contains a number of policy recommendations, including:

·         Establishing a duty of care on all social media companies with registered UK users aged 24 and under in the form of a statutory code of conduct, with Ofcom to act as regulator.

·         Creating a Social Media Health Alliance, funded by a 0.5% levy on the profits of social media companies, to fund research, educational initiatives and establish clearer guidance for the public.

·         Reviewing whether the “addictive” nature of social media is sufficient for official disease classification.

·         Urgently commission robust, longitudinal research, into understanding the extent to which the impact of social media on young people’s mental health and wellbeing is one of cause or correlation.

The launch event in Parliament on Tuesday 2nd April was attended by MPs, The Minister for Mental Health, Jackie Doyle-Price MP, Members of the RSPH, and young people who gave evidence to the inquiry.

“I was delighted to co-host the launch of the “#NewFilters” report, with my colleague Chris Elmore MP. If adopted, the recommendations could make a huge difference to the current mental health crisis among young people. I am grateful to all those who supported the APPG inquiry especially the staff and members of the RSPH, and the young people who gave very valuable evidence. The APPG hope to work constructively with the UK Government to ensure we see real changes to tackle the issues highlighted in the report at the earliest opportunity.”

“This Inquiry clearly highlights the serious and very real concerns of a variety of experts and young people.  The overarching finding is the need for social media companies to have in place a duty of care to protect vulnerable users and the need for regulation which would provide much-needed health and safety protection for what is a lawless digital playground.”