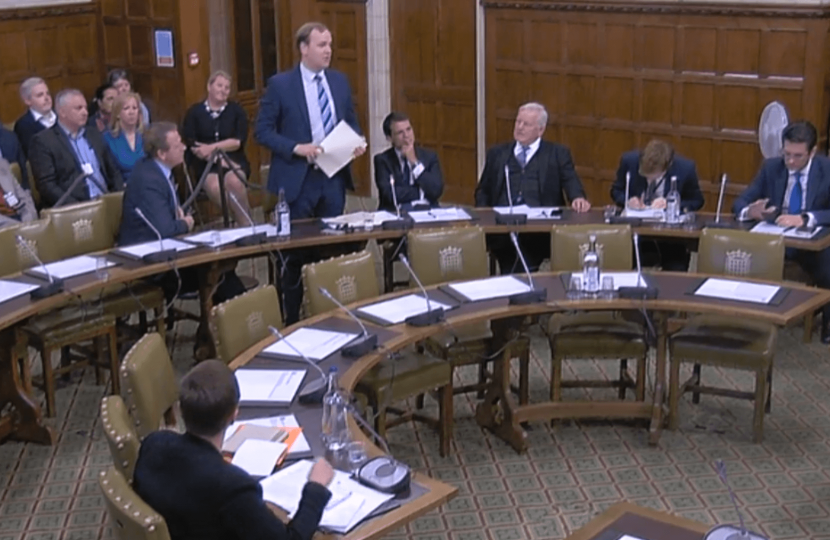 On 9th October 2018 at 4.30pm, MPs debated ‘The Investigation of Business Banking Fraud’ in Westminster Hall. The debate focused on the inadequate resourcing of investigations into business banking fraud. The APPG on Fair Business Banking receives frequent representations from entrepreneurs and business owners who allege that they have fallen victim to complex fraud and abuse of position that has resulted in the destruction of their businesses and livelihoods.

The inadequate resourcing of the investigative agencies has ensured that businesses receive unsatisfactory levels of support when making allegations of fraud against their financial service providers and their associated industries. The HBOS Reading Fraud, which led to the conviction of 6 criminals with a combined sentence of 47 years, was only investigated after the perseverance of Paul and Nikki Turner and the willingness of Thames Valley Police to Investigate. Beyond this case, the APPG is of the firm opinion that very few other allegations of fraud have been investigated.

The debate was attended and watched by members of the public which included several current and former SME business owners who had fallen victim to banking fraud.

William Wragg MP, who introduced and lead today's House of Commons debate said: “There is now strong evidence that in the years since the financial crisis, the banks have deliberately mismanaged the accounts of thousands of SME customers. This was a deliberate act to shore up their own balance sheets by obtaining the assets of small and medium businesses and leveraging large fees. These actions were not simply limited to one or two ‘bad banks’ but represented a practice rife across the industry, believed to have led to the forced closure of thousands of viable SMEs.”

He continued: “Confidence in the SME lending sector has evaporated. Entrepreneurs poured a lifetime of effort into their businesses, their livelihoods, and now after having their assets stripped by their banks have very little to show for it. It is time we now stand up for them and stand up to the banks.”

On proposals for changes, William Wragg MP suggests: “Parliamentarians must do all we can to ensure that business banking fraud is properly investigated and that the authorities and regulators have the resources and teeth to do so. We need a full public inquiry into this long-running scandal, a new tribunal system to investigate civil complaints and regional fraud squads to investigate criminal allegations of fraud where appropriate. We must also ensure that where misconduct and fraud has occurred, the banks give compensation to the victims of these abuses.”

For more information on the work of the Fair Business Banking APPG, of which William Wragg is a member, see www.appgbanking.org.uk