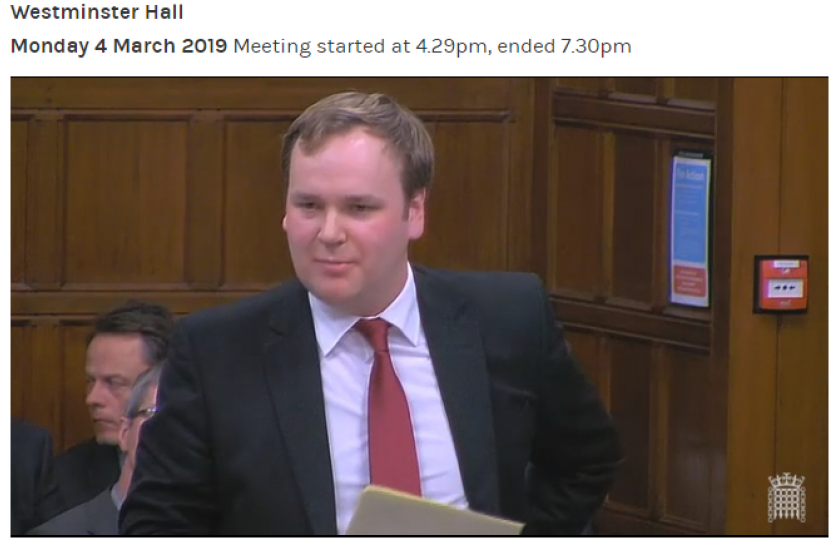 William Wragg MP, the Conservative Member of Parliament for the Hazel Grove Constituency, Stockport, has called for to increase funding for Stockport’s schools during a debate in Parliament this Monday.

The debate was triggered by and e-petition, which attracted over 106,000 signatures nationally. The petition called for Increase funding for schools that schools are having to make difficult choices on how to spend their limited funding as their income has not kept pace with the rise in costs since 2010. All schools are working very hard to “make ends meet”, but this is becoming increasingly difficult and verging on almost impossible.

William Wragg was speaking on behalf of over 1,000 local residents who had signed an e-petition (https://petition.parliament.uk/petitions/232220) about funding for schools. The Hazel Grove constituency was ranked 14th across the country by number of signatures. This is a reflection of not only how strongly local residents feel about proper funding for their children’s schools, but how they are becoming ever more aware of the unfair imbalances in funding which have left local authorities, like Stockport, underfunded for decades.

During the debate William explained how the New National Funding Formula, which was intended to address these imbalances, did not have enough overall budget to make a meaningful increase in funding for all schools. While all local schools are set to get a funding increase next year, for many this is only one or two per cent, and only four out of 25 local schools will see their funding increase by over 5%. William called on the Government to add £2.1 billion, instead of the Government’s already announced £1.2 billion uplift.

“Schools in Stockport, are among some of the most poorly funded in the country, so it is a tremendous credit to them that they achieve such good results. Yet we are at the point where this is becoming unsustainable.

“We are asking not for the world, but merely for comparable resources with similar schools in other parts of the country. It is inherently unfair to expect schools with similar characteristics to achieve the same results on wildly differing budgets.”

“I hope that in the forthcoming spending review we can give good news to local schools and give them the cash they need.”

William also said he supported better pay for teachers, but called for increases in teaches pay and pensions to be directly funded by the Treasury so as not to add further pressure on school budgets. He said:

“If we want our children to have great educations we need to pay teachers properly. It is completely right that teachers have better pay and conditions, although this should not adversely affect overall teaching and learning.

“However it is easy to see how two thirds of the £1.2 billion of additional funding for schools could easily be swallowed up on pension costs, unless the uplift to Teachers Pension Scheme is to be directly funded by the Treasury.  I am calling on the Treasury to make a similar commitment to fully fund schools for the additional pressure that the pension contributions place on their budget, ensuring that the core schools budget continues to be protected.”