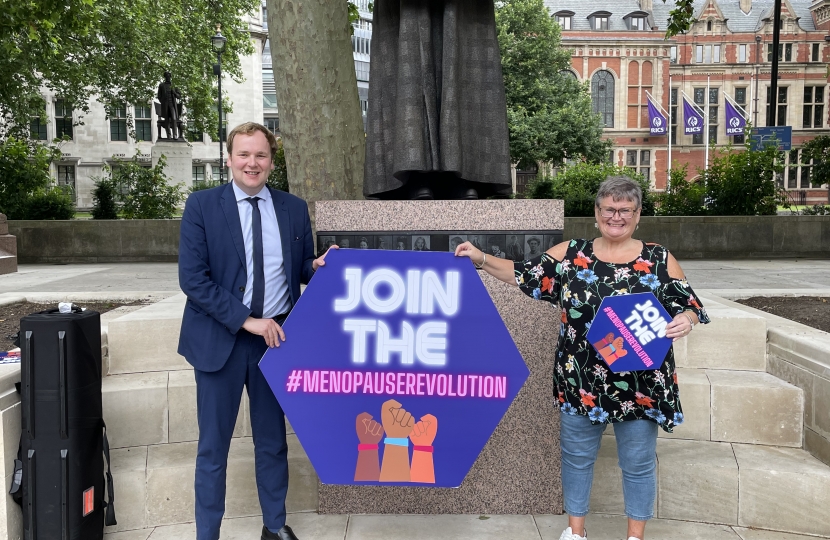 TV Presenter Davina McCall today joined William Wragg MP and other members of the All-Party Parliamentary Group (APPG) on the Menopause as members kicked off their #MenopauseRevolution campaign to improve policy around Menopause.

The APPG aims to explore and assess current policy around Menopause in the workplace, amongst medical professionals and in education. The inquiry will also examine the impact Menopause is having on women’s daily lives and within society and families.

In the first session of the inquiry, which took place today, members heard from a range of women, including TV presenter McCall, who described their experiences of Menopause.

The launch was also attended by crew members from Australian TV show 60 Minutes, who are running a feature on the APPG and its campaign to improve policy around Menopause.

William Wragg MP said: “It was a pleasure to meet today with Davina McCall and a cross-party group of MPs to discuss how we make better policy around Menopause in the workplace. For far too long, Menopause has been overlooked in so many policy areas, from the workplace to healthcare. I am looking forward to continuing to work with the APPG in the months and years ahead.”

The APPG was founded by Carolyn Harris MP, who is also spearheading a Private Members Bill to make Hormone Replacement Therapy (HRT) exempt from NHS prescription charges in England.

Speaking about the launch of the inquiry, she said:

“I was delighted to have the opportunity to launch this important inquiry alongside so many colleagues today - and with interest already from the other side of the world!

“This inquiry, and my Private Members’ Bill on Menopause alongside it, will aim to overhaul this and push for a Menopause Revolution to ensure those women going through Menopause will get the support they need and deserve.