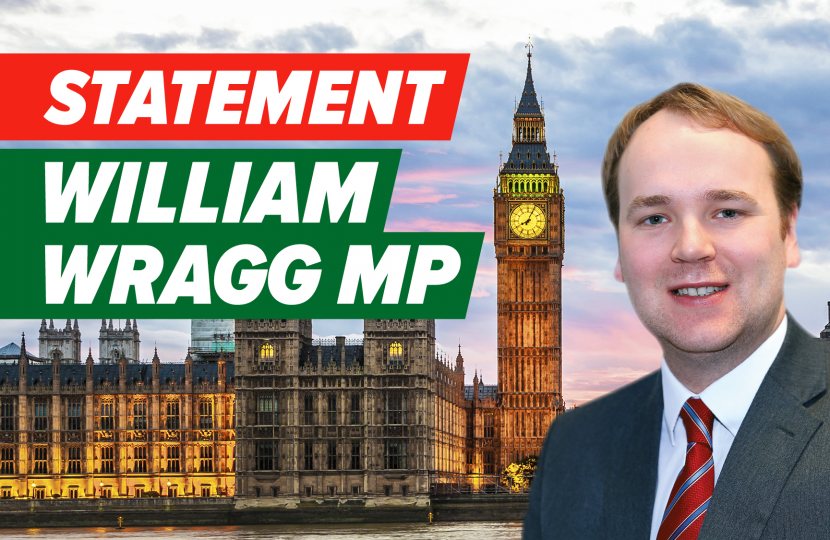 As the United Kingdom is no longer a member of the European Union, and with the transition period expiring on 31st December, this piece of legislation is essential to the smooth operation of our economy.

Many of the provisions contained within the Bill, concerning goods and services, are entirely uncontroversial. The Bill also clarifies the constitutional position of UK ministers within the context of the devolved administrations. For an example of the consideration I have given to this subject in my role as Chair of the Public Administration and Constitutional Affairs Committee, please follow this link: https://committees.parliament.uk/publications/2419/documents/24006/default/

However, the Northern Ireland Secretary’s frank admission in the House of Commons last week has brought the Bill into sharper focus and drawn wider attention than it otherwise may have received.

The rule of law underpins a great deal. Therefore, an infraction of it is not to be taken lightly, if indeed, at all. However, accuracy is important. On Monday, I and the majority of Members of Parliaments did not vote to break the law. Indeed Part 5 of the Bill in itself does not break the law, but rather gives Parliamentary authority to the Government to use domestic law to supersede international law.

Parliamentary sovereignty is a fundamental principle of parliamentary evolution over centuries. Indeed, I vividly recall the argument being forcefully used last year by those who brought forward and passed legislation, such as the European Union (Withdrawal) (No. 5) Bill 2019. One difference was that then I was on the losing side of the Parliamentary votes and on Monday I was not.

The very nature of negotiations require good faith and these negotiations are no different. Achieving the Free Trade Agreement with the European Union is still the preferred outcome for both the United Kingdom and the EU and would obviate the need for Part 5 of this Bill altogether. However, it would be foolish to not prepare for every eventuality and this Bill is part of these preparations. With that said, the Bill still faces many stages before becoming law, including deliberation at committee and report stages and debates in the House of Lords.

I do appreciate the concerns which have been raised regarding Part 5 of the Bill and I am devoting a considerable amount of time both this week and next to hearing the different sides of the debate, including amendments. There are a number of votes during the course of this Bill and, at the end of each consideration, I will cast my vote according to which side I believe to have the greatest merit. There may yet be merit in the argument put forward by my colleague, Bob Neil MP, but any parliamentary vote at a later date would have to be effective.