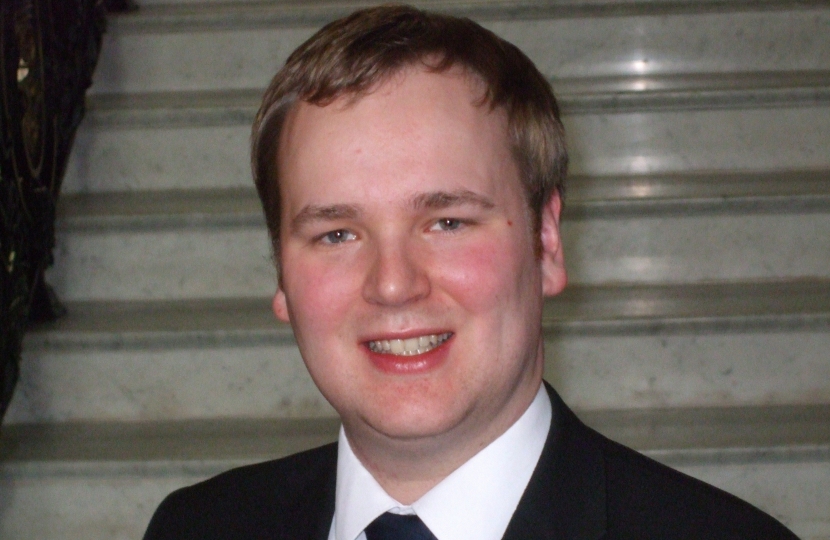 Hazel Grove Conservatives have selected William Wragg as their Prospective Parliamentary Candidate for the 2015 General Election.

William grew up in Hazel Grove and has served as a local councillor for the past two years. He works hard as a community campaigner, having organised successful petitions and led campaigns to protect local bus routes, instigate park refurbishment and retain school crossing patrols. As chairman of the Hazel Grove Conservative Association, William has real political experience, being the first Conservative councillor to be elected to the Hazel Grove ward since 1992, with an 8.6% swing from the Liberal Democrats.

Commenting on his selection William said: "I am humbled to have been given the honour of standing for the Conservative Party in the Hazel Grove constituency. I am Hazel Grove born and bred, and have real belief and commitment to my community. I look forward to fighting the campaign and standing up for local people."