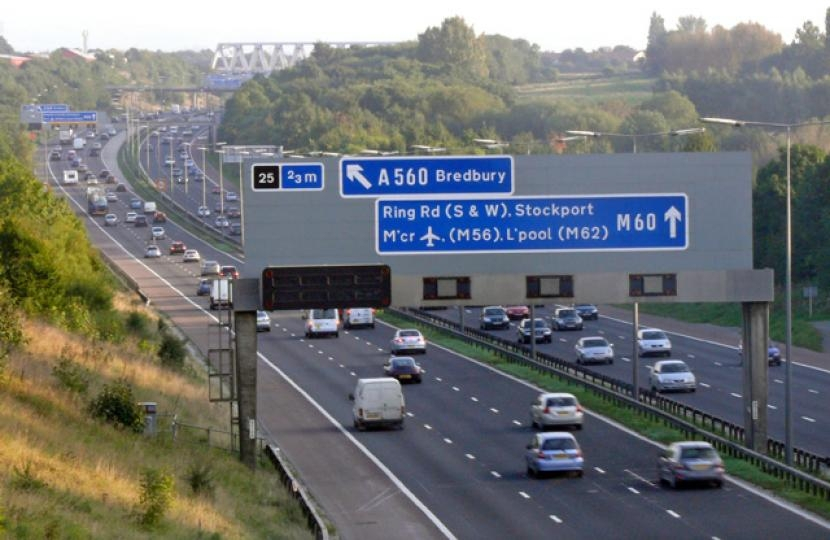 Local Conservatives have long called for improvements to our local roads infrastructure, especially the urgent need for a link road between the M60 at Bredbury and the A6 at Hazel Grove, William Wragg MP introduced a debate in Parliament shortly before the 2017 election on this issue.

Stockport Council's decision not to push forward with the bypass does not change the reality that our area remains blighted by congestion on our roads. Whilst the Council has made clear that its position is against the Bypass, it is now important to fully explore and understand the full range of alternatives to help ease congestion.

Congestion is something which affects many local people and it is also a major factor in issues of air quality and pollution hotspots.

William Wragg MP will continue to fight for potential solutions to congestion in our local area. This is because the current situation is plainly unacceptable to residents, and it is not acceptable for the council to reject the bypass and move on as usual.

Residents feel let down by traffic issues which have persisted for many years and although the bypass did raise concerns, it represented an important element of a way forward to ease congestion throughout the local area.