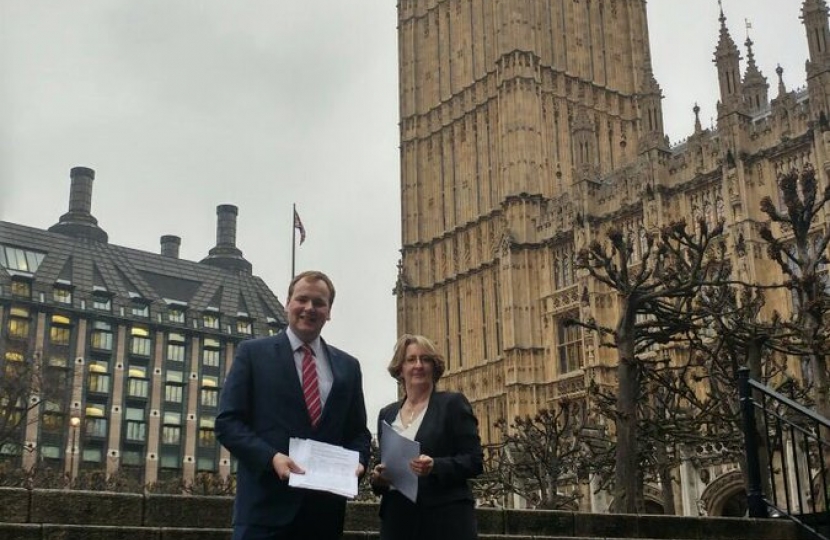 “Whilst we of course need to provide new developments in order to fill the housing shortage gap that should be done in a way which is sensitive to both the local environment and the wishes of local communities. The green belt is a vital barrier to urban sprawl and is hugely valued by local people.

The voices from not only my own, but neighbouring constituencies, is clear, with thousands of people agreeing with me that the green belt should be protected. A strong message has now been sent to those responsible for the Greater Manchester Spatial Framework: Green belt land should be safeguarded and previously developed land (brownfield sites) should be prioritised for housing.”

“The huge support for my petition shows the strength of feeling about this spatial strategy which seeks to concrete over our green belt and clearly does not reflect the developments that local people want. Thousands of people have contacted me and I continue to urge them to have their voices heard through the online consultation on the Spatial Framework. The building of over 8,000 houses on the green belt of Cheadle lacks any vision for our area and I am asking Stockport Council to look again and bring forward a revised plan.”

“Green belt land is designated as such for a reason. It should not be used for general housing development on the scale now being proposed. No account appears to have been taken of the extra burden of increased traffic on the road network, the increased pressure on public services such as schools and hospitals doctors and dentists. If more housing is needed we should be building up not out, and ensuring all brownfield sites are fully developed.”

Brownfield sites are those sites that have previously been used for commercial or industrial purposes, but are now vacant and could be suitable for house building. According to the Combined Authority’s own figures, Greater Manchester has at least 400 of these sites which have not yet been developed for housing, and taken together these sites enough space to build over 50,000 homes. Across the country it is estimated there is enough brownfield land to build some 650,000 homes – which if properly utilise would significant contribution to closing the housing gap.

To WATCH what happened on Tuesday 13th December in Parliament, simply follow this link: goo.gl/Y51xeK