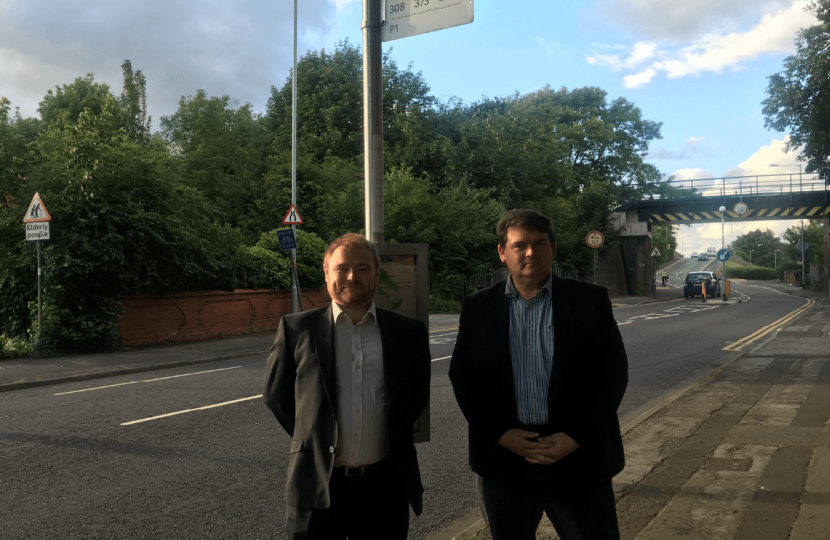 Hazel Grove Councillors, Oliver Johnstone and Julian Lewis-Booth have launched a campaign to hear from residents what they think of the 373 Bus Route being withdrawn from service.

The 373 provides a vital service from Hazel Grove to Stepping Hill giving elderly and vulnerable residents the means to attend hospital appointments.

Cllr Oliver Johnstone and Cllr Julian Lewis-Booth have launched an online survey asking what residents and bus users think of the plan. The results will allow your Hazel Grove Councillors to take those concerns directly to both Stockport Council and Transport for Greater Manchester (TfGM).

Speaking about the petition Cllr Oliver Johnstone said “We want to hear local residents’ views about the withdrawal of this bus service. Too often vital bus services are scrapped and no one stands up for the passengers that rely on them. Parking is a nightmare around Stepping Hill Hospital so any decision to withdraw this service must be taken with consultation from local residents.”

Member of Parliament for the Hazel Grove Constituency, William Wragg has thrown his support behind Cllr Oliver Johnstone and Cllr Julian Lewis-Booth campaign.

William said; “The 373 bus route is an important route. I know only all too well how important hospital bus routes are, as earlier this year I helped to save the 394 bus route which also serves Stepping Hill Hospital. The support I received from residents was incredible. I would therefore encourage everyone to take part in this survey so your local Conservative team can work on a solution. I’d like to thank Cllr Oliver Johnstone and Cllr Julian Lewis-Booth for leading this campaign and asking what residents want.”